Who is an Athlete?

Media portrays the World Champions in any sport as superhuman. People worship them as they worship their own Gods. But these champions are not bestowed with magic powers.

The Universe didn’t add any chemical X inside them when they were born. They are people like you and me and the next-door-neighbour. 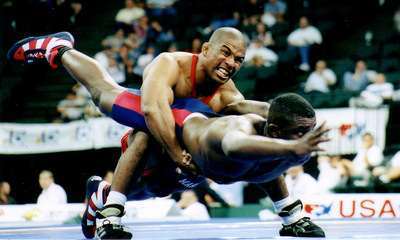 But what separates them from us ‘normal’ humans is that they do ordinary things in extraordinary ways.

According to Wikipedia, an “athlete” or sportsman or sportswoman is a person who is good at a sport and competes in one or more sports that involve physical strength, speed or endurance.

They can be professionals or amateurs. Now that was the Wiki description as we know it. But, an athlete, a real athlete is someone who is much more than that.

To become an athlete, it takes discipline, focus, commitment and confidence. You need to be compelled every day to work towards your goal.

Not everyone is born talented. The skills needed to be a champion can be acquired with rigorous practice.

Now how do you and I become an athlete? When we read about the kind of physical training and hard work professional athletes go through every day, we are stunned.

Becoming a professional athlete is no joke. First of all, you will have to say goodbye to all your chatpata and masaledar food forever.

From Golgappas to Pao bhaji and Dosas to Dhoklas, India has as many different cultures as there are states in the country and every state have their own delicacies, so it’s hard to stay away from food for any of us.

The main diet of any Indian meal consists of more carbohydrates than proteins and other nutrition’s. So you see, why being athletic isn’t everyone’s cup of tea.

We can’t deny the fact that India lags a long long way behind when it comes to sports. A population of 1.3 billion folks and only a handful of medals Olympic after Olympic.

Where we as a nation won 2 medals in Rio Olympics back in the year 2016, the University of Florida (one single University) in the USA alone won 13 medals.

Shouldn’t our country feel embarrassed while celebrating such a massive nationwide success over a couple of medals? But instead, the winners were treated as Queens when they returned to the country and every Indian spoke about them for months and months.

Governments and private companies gifted them with luxury cars and property and what not. They were offered advertisements on television and every media house and newspaper was in line to get their interview hands on.

I am not saying that we should not rejoice over the success of those two ladies who brought glory to our country. But then everything seemed to be a bit too much.

Politicians and News anchors blasted their microphones that every other sport is as important as Cricket. And then what happened?

After a few months when the news became too old to talk about anymore, people went back to their own lives.

No more other sports discussions and everyone was back to focusing on the Cricket Team of India. Well, because at the end of the day that’s what everyone cares about.

India is regarded as the global IT hub. Years after years we produce millions of engineers. But how many international level sportsman/sportswoman do we have?

The no. of participants from India in international athletic competitions is less than the number of medals won by the USA. Why such a sorry state? Where did we go wrong?

How many have actually considered doing something about the major flaw that exists in our education system? In schools we make our children repeat the popular adage ‘Health is wealth’.

But how many actually believe in this? Everyone has been wired to believe from childhood that the only way to succeed in life is by studying hard at school.

But doesn’t all play and no work makes Jack a dull boy? It does, but that doesn’t seem to bother parents or teachers as long as the kid is scoring good marks in his exams.

So, as soon as we reach the 9th grade, we have to keep all our racquets, cricket bat, sports shoes, basketball, football, etc. in the storeroom and put a lock on the hopes of ever becoming an international sportsperson.

Following which, our lives revolve around studying and writing paper after paper.

We would never know how many Dhoni’s and Saina’s are travelling the local trains with certificates in their hands and shattered dreams in their eyes.

How many Sachin’s are sitting in the cubical frustrated with their lives, knowing very well that they don’t belong here.

This is what our education system does to us, our families do to us. No one ever has a choice not to study, because if you don’t pass exams you are forever tagged as a failure.

No matter how many movies like 3 idiots we make and praise, how many stories of students committing suicide go viral.

The effect lasts only a short while before everything goes back to the way it has always been.

Parents and teachers on the upfront accept that the amount of pressure on the students must be reduced. But nothing seems to change anytime soon.

Even if you are lucky enough to have parents who support you in trying to make a career in sports, my dear friend your hurdles have not ended, it has just started.

Sports has never been a priority for our government, so naturally, the funding required for sports is very less and the athletes suffer a lot because of this.

Lack of proper facilities, coaches, very little or no sponsorship for the sportsperson adds more and more resistance and as a result, many talented people give up their career in sports too soon.

Sports and education should go hand in hand. Step by step this can be done. By opening our minds we can see the bigger picture.

Children in school must be encouraged to do physical activities and should be graded too just like they are graded for math and science.

Schools must invest money to provide basic facilities to the students for as many sports as possible.

Jobs in the sports field must be considered respectable and honorary and athletes should be paid good money.

It’s high time we deal with the sorry state of sports in India and work together for the growth of the nation.

Like every dark cloud has a silver lining, India is not entirely hopeless when it comes to sports. Every other month marathons are organized in different cities and people in huge numbers come forward and participate.

Social media has had a good influence on increasing awareness and making people believe that a healthy lifestyle is equally important as your big paycheck.

With athletes posting videos on YouTube, Facebook, etc. people are getting more and more inspired and have started paying attention towards physical fitness.

Another example is the Indian Super League which has given football players a huge platform, like never before. With Bollywood celebrities joining hands in promoting various sports, we can see some growth in front of us.

Professional or amateur, giving your body an athletic structure keeps you healthy and after all a healthy life is worth living! Sports develop character.

Nothing better teaches a person teamwork the way sport does. Our bodies are capable of so much more, we need only utilize.

A healthy body also helps in keeping our minds healthy. We become more and more active and feel energetic and get more things done. If you can’t run, you can at least walk. So start walking today towards a better life!

Neha has completed her engineering in Printing technology from Manipal. She loves painting and photography. She also loves to explore new destinations and writes blogs to recount on her experiences.