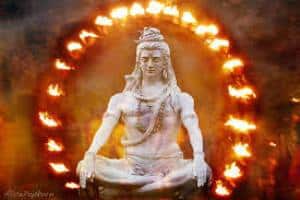 India is a country known for its sacred religious beliefs and customs. Some of the customary practices vary from place to place.

The same custom or ritual may vary from one place to another. Also, because of the geographical and cultural differences between different states, we can see that the practices also vary from one region to another.

For example, the festival of Makar Sankranti is celebrated in the month of January to thank God for the rich harvests he has provided. The theme behind celebrating the festival remains the same.

The essence of the festival and why it is celebrated very much speaks of the same story, but the way it is celebrated varies depending on the customary practices that a certain regional people bring into practice from ancient times.

Generations after generations, people follow the same traditions and that becomes a practice in that particular region.

If we see the festival of Diwali, the stories behind the celebration of the festival on the 3 auspicious days varies from one region to another.

The approach, the special edible items prepared, the kind of puja offered is specific to a particular region and definitely varies from another neighboring place.

Another such festival which is of high importance at one region, but hardly known at other places is the Arudra Darshan.

In this festival, people consider it very auspicious to sight the Arudra star on a full moon day, somewhere in the months of December – January.

The night when this actually coincides, that is, the Arudra star appearing in the sky on a full moon night, is also considered to be a very auspicious night and people come from various places to Tamil Nadu to celebrate the festival.

He thus, comes to be known as the lord of dance on this particular occasion. A place in Tamil Nadu, called Chidambaram is especially visited during this culmination for seeking Arudra darshan.

The temple in Chidambaram is especially dedicated to Lord Shiva’s rendition of the Nataraja dance form. He represents power and the temple actually signifies the Lord Shiva’s eternal power present in the form of air.

The Arudra darshan signifies the red flame, a symbolic depiction of lord Shiva in his Nataraja avatar, which is his cosmic dance form and hence a very different type of devotion exists in the walls of the temple.

This day is especially important to people situated in this part of the country as they consider Lord Shiva’s birthday to fall on this particular day.

All day long, people can be seen dipping in the holy tanks of the temple for a bath that is meant to purify our souls, holding rituals and fasts, making offerings to the lord and visiting the Nataraja temple to get a view of the lord.

It is of special and powerful value to visit the lord on this day.

It is said to bring in immense luck and prosperity to devotees who visit the temple at Chidambaram on this particular day.

Also, people flock to the temple in hordes and special arrangements will be made to cater to the never-ending crowds. The temple will be decked up and decorated to mark the special occasion as the significant day falls just once in a year.

The Nataraja temple in Chidambaram is one of its kinds in India where Lord Shiva appears in the form of a dancing lord signifying one of the facets of his personality.

Lord Shiva, who portrays himself as a creator, as the lord who takes care and sustains power, as the one who destroys the same power is a multi faceted lord and this dancing form of his is a rendition of his cosmic powers and the ability to dance.

Dancing is a form of showing the ability to sustain lives or the power to continue with one’s being even when faced with a lot of evil and unfavorable circumstances.

On this auspicious day of Arudra Darshan, the temple priests take out a procession of the deity and people from all walks of life come in huge crowds to visit the spectacular view of god.

The temple committee members make sure to arrange special security arrangements for the huge crowd and also choose to enforce restrictions in some areas of the temple.

Not only that, the temple will also be accessible in only some portions as it becomes hugely impossible to manage the endless crowds.

People pour in from morning till late night to get a sight of the deity in all its splendor and mark the special occasion. People believe in the greatness of god in all his power, might and magnificent nature and bow down before him in devotion.

They seek blessings from him to wade through the journey of life, to provide them with blessings to take care of their families, to provide for their children’s’ education, financial needs, to maintain peace and harmony within families.

It is a very commemorative day in Tamil Nadu, especially in Chidambaram where many people start coming many days prior to the actual auspicious day and pray innumerable visits to the lord.

The lord is decorated with plenty of flowers offered by devotees and the flowers and leaves most favorable and liked by lord Shiva are used in plenty.

The decoration of the god is a unique one and one of its kind and describes his magnificent image.

The head priests decide on the rituals to be performed as part of the customary activities followed year after year and they are carried out in strict devotion and respect towards the lord.

Special arrangements for drawing the crowds, drinking water facilities to the devotees, special prasadams are arranged on this auspicious day.

India is a land of surprises and every region has its own specialty. People visiting these religious places understand the cultural and historical significance that they hold and their beliefs remain true to the ground.

Devotees wait in long queues just to have a glimpse of the Lord Shiva in the form of Nataraja and collect prasadams back home.

Some also choose to take part in the processions that will be carried out in the temple premises. Markets can be seen bustling with activity.

Fresh flowers, fruits and offerings to lord will be placed at almost every stall but at sky-high prices. The government teams up with the temple authorities to make sufficient arrangements to the never ending crowds and to look after their security arrangements.

The locals staying close to the place make it a point to visit the place religiously every year for the Arudra Darshan and devotees, even from far off foreign lands pay visit to these pilgrimage centers due to the belief that draws them to the sacred place.

Richness of our Culture

There are many such unexplored religious places in India that hold special importance for the power and majesty of the lord that resides in these temples.

A full tour of the country reveals many such important and highly sacred places that may not be very well known to the affluent travelers, but quite popular among the pilgrim travelers.

Aged people with a spiritual bent of mind prefer spending time at these pilgrimages and senior citizens are allowed in special queues to reduce their waiting time for the darshan of the deity.

If we tour a single state of our country and find out the rich places of power that hold religious importance, we will be amazed at the number of such marvelous places that our county has in store.

Not only are the numbers huge but also, one place remains totally different from the other in terms of its architecture, beauty, the way its history is written and the stories it has to tell.

The majesty of a place lies in its rich history and culture and is celebrated on special occasions such as this one.