Marine world is altogether different from our world. It is different and unique in its own way. We are surrounded by all around us but for Aquatic animals water is their world.

They thrive on water. Though the ocean world is completely different yet life is thoughts to have evolved from oceans millions of years ago.

Hence we cannot deny its importance and significance in our lives.

Water is a world in itself in which both animals and plants live. The animals which live in water are called Aquatic animals.

The aquatic animals live in sea, ponds, lakes, rivers etc. but water is their permanent house. It can be saline, still tor fresh.

As our houses are of different kinds similarly the aquatic animals live in different environments according to their sustainability. 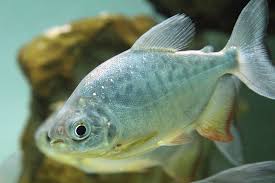 This is a characteristics advantage in them which enables them to live under water.

But we human for our own selfish mean keep on containing their homes with oil-spills and garbage.

This makes their life a living hell. Increasing water contamination and human interference in their habitats puts several of aquatic species at a grave risk of extinction and endangerment.

As any changes in their lives affects the lives of other animals as well. So to make a good ecological balance, we should keep monitoring sea or ocean water pollution.

The world of aquatic animals is very vast; it is too complex to study all of it. Some of the species are still beyond the reach of human beings.

Although science and technology have helped in discovering various species each day, yet the fact remains that the world is as dark, complex and unknown place buts it is immensely beautiful in its own ways.

The more we acknowledge it the more it becomes unknown for us.

Different types of animals with different characteristics reside in the marine world. Some breathe through gills and some through skin also.

Other than aquatic animals some amphibians like frogs etc. have the ability to live in water as well as on the ground also.

They can breathe in both the mediums- water as well air. Aquatic animals are very different from us in all respects. They usually have soft and delicate body.

This makes them very prone to die from a hard touch. So one ought to be very careful in dealing with them.

Most of the people only think about fishes when we talk about aquatic animals. But in reality there are too many animals other than fishes that live underwater.

Animals like mammals, mollusks, cnidarians and crustaceans are also a part of this ecology.

Fishes belong to the vertebrate’s family. They have a back bone like us. Different animals have different characteristics.

A fish called Salmon can live bath in saline as well as fresh water. Dolphins and whales are mammals and can live only in water.

Whereas animals like beavers and seals can exit from water for longer hours. Mammals cannot breathe under water so they have to come out at the surface to breathe air.

Aquatic animals also use sounds to communicate just like us. Some use these sounds to hunting their prey and some uses it for relocation of food.

But sometimes they also use it to stun their prey. They also communicate but the medium is different here. The medium is water.

Marine animals seem to recognize the voices of their family members and other species from a distance.

Whales and dolphins make different combination noises to communicate underwater. Aquatic animals can see well underwater through a certain distance only, due to the lack of sunlight. 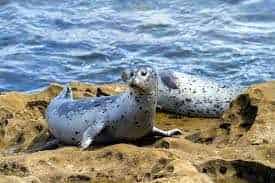 Sunlight can penetrate in the water through the upper regions only.

But when we go towards the deeper ends of water, it turns all cold and black; devoid of any sunlight.

Their eyes are specially designed to see underwater in low light also but sounds help them to navigate accurately under water.

The world of aquatic animals is gigantic but we human brings interfere in their habitat and threaten their existence.

The activities like overfishing, destructive fishing, marine pollution and climate change has increased their problems for the life that remains invisible to the naked eye and lives deep in the creeks and crevices of water.

Sound and light, both are an immediate necessity for aquatic animals. It helps them in finding food, avoiding danger and relocating their mates.

Some deep sea animals can prepare their own light for all their purposes. They are equipped with special characteristics features to generate light.

Sailfish which is the fastest fish in the ocean can swim at the speed of 68 mph to escape itself from predators like octopus.

A small sea animal named Mantis shrimp which is just 18 to 30 cm. in size can ‘accelerate its forelimb in same velocity of gunshot from a rifle’.

It can shatter its prey into pieces in less than a second. Its strength power can induce shock-waves on sea-beds.

Box jelly fish which are considered the most venomous creature in the world have a transparent body which helps it to remains hidden from the eyes of predators.

Its body have 5000 stinging cells which can stop the heart beat of the person in seconds if stung by it.

Aquatic animals have strong smell receptors. They can smell their predators from miles away.

The sharks have so strong nose receptors that the prey does not stand a chance of escaping the jaws of death. Smell plays an important role in underwater communication.

We all know that Salmon fish can travel miles to spawn at its birthplace.

Smell helps them to relocate the place. Some aquatic animals have the ability of maps work for example Dolphin.