Apples are edible fruits that are cultivated around the world. It is one of the common fruits available in the world. The origin of the apple can be found in Central Asia. Apples are brought by the European colonists to Asia and Europe.

The scientific name for the apple is Malus Domestica. It usually comes in red or green variants. It is grown in hilly areas like Kashmir, which is famous for its apple variant.

The nutritional values of an apple can be found as under (usually per 100gms) :-

The sweetness of apple can be derived from the contains of Glucose, Fructose, and sucrose.

It is rich in fiber and vitamin c. vitamin c can improve your immunity power against many diseases.

The quote ” An apple a day keeps the doctor away”  is an example of how the apples are healthy and filled with nutrients, minerals.

Origin and History of Apple:

Even though the apples originated in Central Asia near Turkestan, it became quite popular across all the countries. Around 48 percent of the world’s production is produced by china. Records of apple cultivation can be dated back to as early as 100 BC.

They came to America after being cultivated for almost 2000 years in Europe. Evidence states that it came to India in 1632 to Agra

Apple is the 4th most important and popular fruit in India. That makes it easily available to all people in every nook and corner.

Likewise, in India, Jammu and Kashmir produce around 80% of total production.

Uses and Importance of Apple:

Apples are rich in proteins and minerals like calcium, iron, etc. Apples can help you lose weight or gain muscle strength when you use recommended ways accordingly.

There is a link between apples and lower risk of cancer. Scientists believe that Antioxidants and anti-inflammatory benefits are the reasons for the low risk of cancer.

Apples can be eaten as raw in general. But they can be made into many varieties like Apple Sauce, Apple Cider Vinegar, Apple pie, Apple Muffin, Apple Cake, Apple Butter, caramel, etc.

There are a wide variety of apples being grown from different parts of the world. The following are the few varieties of apples.

Let’s see description of some of the commercially cultivated apples:

The Red Delicious was cultivated as a chance seedling ( Unintentional Breeding) in Iowa, USA.

They are large in size, smooth-skinned, covered with red streaks on the surface. They are sweet, tender and highly aromatic.

It usually ripens at the end of august and requires around 140 days to fully mature.

Apples are healthy. From children to elders can consume apple to get the nutritional benefits. Eating apples moderately on a daily basis is a very good option to stay fit and healthy.

The answer is the nutritional values that an apple has. It makes it stand apart among the crowd of so many fruits.

So many virtues and qualities a single fruit has. An apple is beautiful, tasty and has a fine fragrance too. It can be grown almost everywhere except extreme conditions. It can be kept fresh for several days.

Apples comes in different colors and varieties from red to golden and from yellow to green. Its juicy, sweat, fleshy and sour also.

The most astonishing fact is that the apple has the largest number of varieties over the world till date. It has about more than 4000 varieties, even more than mango.

Even though many varieties of mango have already been discovered yet there are many which lay hidden from the eyes of human beings. So many flavors a single fruit encompasses.

It can be cooked, eaten raw or baked also. It is used in preparation of several dishes. Many sauces are made from it. Some of the dishes which are famous include apple pie, apple strudel, apple tzimmes etc.

Apples are very good for health because of it nutritional content. A very old famous saying, “an apple a day keeps the doctor away “.

It helps in digestion and keeps our teeth clean also. No other fruit has so many qualities.

Also, its fibre has resistant qualities against many diseases. Apple’s richness in color is because of the fact that it belongs to the rose family just like plums and pears.

It is rich in dietary fibre called pectin which enhances bowel movement and reduces constipation in the body.

It is rich in Vitamin C. the soluble fibre pectin which is rich in apples helps to reduce blood cholesterol also. It has a flavonoid called Quercetin which helps to fight against cancer too.

The seeds are small and are placed at the inside in the center of the fruit. There are thousands of varieties of apple in the world. But only few are cultivated for commercial purposes.

One very important fact about apples that it cannot be grown by seeds. It is very strange that the tree grows belonging to some seeds of this plant but does not yield the same fruit of the same qualities.

To get a particular kind of apple you do not sow the seeds of that plant but instead of that, small twigs of the desired apple trees are implanted in the stems of other apple trees that have healthy roots to get a desired quality of apple.

Such a strange phenomenon this is. So good to see that from one healthy apple tree we can transplant many other apple trees. 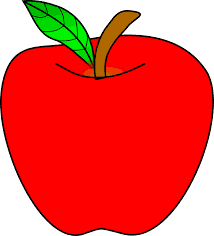 Apples are grown commercially in gardens. They need proper distance as they are big in size. So they need enough room for themselves. An apple tree can bear fruits for a period of thirty to forty years if properly taken care.

Though America is the leading producer of Apple, yet the apple does not belong to America. They reached America via Britishers and Dutch   who brought the apple with them during their voyages.

Apple was already a popular fruit in European countries when they brought it to America.

French were also responsible for spreading this fruit to Canada and from there it spreads to the Atlantic states and America too.

The America’s consumption of apple fruit is very high as compared to the rest of the world. So it can be considered to be an almost national food for them.

Around one hundred million bushels of apples are produced every year in America. The consumption is so high that it has a significant hand in boosting the economy of America.

Several industries have been established in America to make different food products using apples which people are very fond of.

Not only Washington apples and New York apples are famous all over the world but also the Virginia, Michigan, Pennsylvania etc. are known for their taste.

Several varieties having different characteristics are grown for commercial purposes. Apples do not get spoiled easily in transits so it is easier to export it.

It is best grown in hilly stations and spots as it needs a dormant period to trigger the development of leaf and flower buds. A new plant yields a fruit in four to five years.

The Bible has treated apple as a forbidden fruit, the ‘apple’ in Bible is a symbolism of the sins that we commit; the outcomes of which look so tempting at first but are disastrous in the end.

Apple has been considered in the pious Bible because of its juicy and sweet taste. But the apple is poisonous.

The story of Adam and Eve is the story of evolution of the world according to the bible is based on the significance of apple.

According to the Bible, Adam and eve were the first man and woman on the face of the earth. Adam was created and from his rib Eve was created.

They were placed in the Garden of Eden. The god allowed them to eat each and every fruit other than one hanging on the tree of knowledge.

But someone lured Eve into testing the forbidden fruit ‘Apple’. She even shared it with the knowledge of right and wrong. But this came with a prove they had to pay death and sorrow.

But  god reddened them of their misery and forgave them. This is how the forbidden fruit ‘Apple’ came to be known amongst all people.