Overuse or too much of anything is not good. Addiction towards any single things will put us into trouble. We might have to face a lot of problems. It will not be easy to come out of such a situation. One has to give their full spirit in order to be free from those problems.

This overuse and addiction can be with drugs, alcohol, video games, food and many other things. We have seen that when people overuse any form of drugs, it harms them. The same thing happens with alcohol as well. In the starting people might not realize what will excessive consumption of alcohol would do them.

Sometimes no matter how much the alcohol is destroying them in different ways, people do not stop drinking it. When they over use it or rather it can be called alcohol abuse, it is known as alcoholism.

When there is overuse of alcohol that state is known as alcoholism. This happens when the limit is crossed. In this state people are not able to control their drinking.

Sometimes it becomes a sort of disorder. People should learn to take alcohol in limit. Otherwise there can be many health problems due to alcohol abuse.

Why do people drink alcohol? 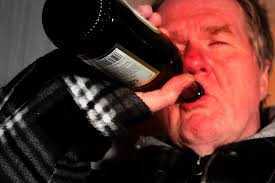 Even though consuming alcohol out of limit can cause harm, people have many common reasons to drink alcohol. Most of the time people consume to be free from stress. They get stressed due to work pressure, problems with family, friends or partner. In order to come out of that stress people prefer drinking alcohol because it gives them relief. They start to feel good after drinking alcohol.

Alcohol has also become a part of any type of celebrations among the adults. In some of the societies, people drink alcohol so that they are able to gel with others and become popular among them.

These ones strictly ask the customers for identity proof. But some of the places allow everyone and they do not check any identity proofs.

There have been times when some of the friends in a group would be underage. During such situations they would quietly drink from the friends who were legal to drink alcohol.

Symptoms and signs of alcoholism

One should know to control on their drinking habits. If a person drinks more than the limit, one can face alcoholism. There are many signs and symptoms by which people can know that they are facing alcoholism. Even if one is trying to drink less, they are failing to do that.

They are unable to control from drinking. They start to give more importance to alcohol and ignoring other work and responsibilities. One does not have focus on anything else.

They do not feel like doing any other work.  They will always feel like drinking. When they are not drinking, they carve to drink alcohol. Major expenditure is done to buy alcohol. People are not able to control their behaviour during this state.

What can alcohol do to our body?

All of us know that consumption of alcohol can harm our body. But there are many who do not know about it and they consume alcohol excessively. We have to face a lot of health problems when we drink a lot. There can be problems in the digestive system which will lead to complications during the later stage. Our stools will not be proper. We may vomit a lot at this time.

We can have high blood pressure, too much sweating. Our liver can get destroyed due to excessive consumption of alcohol. Liver helps to remove the harmful things from the body. When there is large content of alcohol in our body, the liver will not be able to do its function anymore.

Further, there will be many diseases of liver which is very dangerous. As the liver will not be functioning properly, the sugar level in our body will reduce. The reduction of sugar level in the body will further result in more complications. It is not only liver which will not be able to function properly but even the lungs and heart will have problems in their proper functioning.

There may be many heart problems. One has chances of getting cancer too. Alcohol affects our brain largely. This is the reason when a person is intoxicated from alcohol they are unable to speak properly. This is because the brain is not able to connect with the other parts of body.

At such times we do not think properly and take decisions which we would not take when we are in full senses. There are also chances that this can also lead to damage of the brain.

It is not safe for pregnant women to drink alcohol because it will be harmful for the baby. There will be problems with the pregnancy due to consumption of alcohol. Too much drinking can make our immune system weak. We will not be able to fight against any sort of sickness. 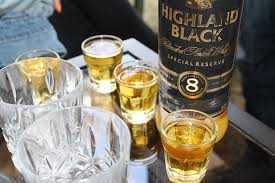 Alcoholism can be treated but it will take time. First of all when a person is trying to be away from alcohol, we should support them. We must help them in freeing them from alcoholism. We should not discourage or demoralize them when they are trying to stop drinking alcohol.

This will make them lose their confidence and may also become weak. We should never be afraid from any person who is suffering alcoholism. We should always try to help them.

There are treatments which can help people to go away from alcohol. After this treatment people will learn to say no to alcohol. If any of the treatment does not work then one can go for counseling.

Alcoholism in the first stage will not be so difficult. But a person who has gone to the extremes and has almost destroyed his life. It will be extremely difficult to bring them back to normal.

Once there was an old man in a village. He had five children. Out these five, four of them were boys and one girl. The old man lost his life after the birth of the fourth and fifth child who were twins. From then he had to take care of them. They belonged to a very poor family.

There were two eldest sons, then the daughter and after that the two twins. The youngest ones were very small. Despite of their poor economic condition, they would manage to survive by working and taking loan from other villagers. But the old man was always spending the money in drinking.

He used to drink so much that he had become too weak to work. Whatever money he would get from work he spent all of them in drinking. He never contributed in the family earnings. He could not stay without drinking. It was like drinking was more important to him than eating food.

He would often drink and play his drums.  Sometimes he would drink so much remembering his wife that he drank till he fell asleep. Due to this behaviour of the father, the daughter and the two eldest sons had to work very hard. They failed to stop their father from drinking.

The condition became worse when slowly their family started drifting apart. The daughter and two eldest sons started to be involved in wrong doings. This made the old man very upset. He did not expect this from their children. The sons never came back. But the daughter came back to the old man.

He was not ready to accept and forgive her for wrong doings. But as he had no one as his support he had to forgive her. One day the two twins were playing near the river. All of a sudden one of the twins drowned in the river. By the time people came to save him, he died.

This made the old man weaker. He felt he had lost his life. He looked as if he had no life left in himself. The old man had not come out of the loss that his daughter was again involved in wrong things. This time he was more heart-broken than before. He had only one child left with him.

One night he lost all his control and patience, he drank a lot. He was continuously drinking and playing his drums. He beat his drums so loudly that the villagers were disturbed by him. They tried to stop him but he was not ready to stop. After one point of time the sound of the drums became less and the old man died leaving the youngest child alone.