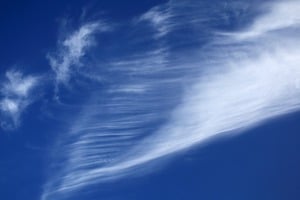 According to the ancient Indian history, there are five fundamental elements in nature. Air, also called ‘Vayu’ in Sanskrit, is one of them.

It is the immediate source of life. As per Ayurveda, the Indian medicine, to understand the natural body functions of any living creature the in-depth knowledge of all the five elements is crucial.

Earth is the only planet in our Solar System whose atmosphere can sustain life. We cannot visually see air, but it is all around us.

It has no colour or odour, no shape or size. It has no volume but can fill in every empty space. All living creatures need air to breathe and to live. Air, as we know, is a mixture of different gases.

It comprises of 78% Nitrogen, 21% Oxygen and rest include other gases like argon, carbon dioxide, etc. Oxygen is what humans and other animals breathe in, whereas plants take in carbon dioxide and release oxygen during the day.

Respiration is a vital process in all living organisms. It goes on non-stop until the end of life.

In the human respiratory system, oxygen goes inside through the nose to the lungs and into the bloodstreams which carry it to every organ cells in to help in the functioning of the human body.

Carbon dioxide in exchange is released as a waste product.

It is said that if you breathe better you will live a better life. Air does not only help us survive it also plays a major role in calming us down.

All the Yoga exercises focus on the breathing patterns. Deep breaths of air revitalize our body with energy. The role of a breath of air is of utmost importance while practising the different postures of yoga, also known as asanas.

Every posture has its own rules involving the number and duration of breath. Practising yoga daily helps us keep our body as well as mind healthy.

The amount of oxygen our body requires depends upon our actions. It changes for the physical and mental work that we do.

When we go for a run or exercise rigorously for too long the body desires more air. The breathing becomes very fast.

That’s why after finishing your exercises it is always advised to sit for some time and wait for your breathing to become normal again.

In the same way, when we are sitting and watching TV our body is in a relaxed state and the breathing rate is normal.

Just like breathing is connected to the activities of our body, it is also connected with the emotions that we feel.

When we are calm emotionally our breathing is also calm and relaxed, but when we feel certain heavy emotions or intense feelings we become agitated and our breathing patterns changes as well.

Everyone has heard about meditation. The stories of Rishis and Guru meditating for years and years in order to impress the almighty God has been told to us since our childhood.

Well, how true the folklores are we don’t know. But, meditation has lots of benefits for us. Meditation is an art which helps our mind to focus and get better concentration powers.

It helps the mind to calm and think clearly and get rid of stress. While meditating it is essential that we take long and deep breaths.

We sit in one position, close our eyes and experience the movements of breadth in and out of our system. Meditation is very simple and it is very easy to practice too. But it takes a lot of patience to achieve calmness.

We don’t have to sit for hours just 10-15 min a day of stillness will go a long way. But then not everyone is patient and therefore we miss out on the huge benefits that meditation has to offer.

Pollution is in the Air

Air pollution is a grave problem that the world is facing in the present time. It has been increasing day by day, especially in the urban areas.

Industrial Revolution certainly improved the standard of living of people, but it also brought along some disadvantages with it.

The number of factories setting up has increased in order to create more products to meet the demands of the people.

When we inhale the contaminated air, we suffer from various infections in our lungs and throats. Regular breathing of polluted air leads to breathing problems.

The capital city of India, Delhi, has been facing the problem of air pollution at an alarming rate. According to WHO (World Health Organization), the quality of air in Delhi is the worst as compared to any other city in the world.

The problem of pollution was so bad in Delhi that in November 2017, it was called the Great Smog of Delhi, the air pollution spiked far beyond acceptable levels.

Levels of PM 2.5 and PM 10 particulate matter hit 999 micro grams per cubic meter, while the safe limits for those pollutants are 60 and 100 respectively. 1.5 million people in India die every year because of asthma and chronic respiratory diseases caused due to inhaling polluted air.

Air is a very important element for human health. The respiratory system of a human body must not be disturbed or damaged otherwise the person will face an untimely death.

Air pollution is also the reason for the depletion of the Ozone layer which acts as a protective layer of our Earth’s atmosphere and prevents harmful radiations from the Sun from reaching the Earth’s surface.

The pollution problem is so big that it finds the place in the list of causes of Global Warming.

All organisms depend for their survival on the environment in which they live. Environment encompasses all the external factors or conditions that influence living organisms in any way.

Thus, the environment of an organism includes all other living organisms such as plants, animals and microorganisms and non-living things such as air, rock, soil and water.

Ironically all living organisms including humans disturb their environment by utilizing resources and producing waste products.

Human is the main culprits of all living beings. They disturb and damage the environment by performing all kinds of activities for their own comfort, without realizing the adverse consequences they would have on the environment.

A rapid and continuous growth in human population puts a great strain on natural resources. Steps can be taken at the individual and government level for reducing air pollution.

Humans can sure do something about the damages that are caused mainly by them. We can reduce if not totally stop contaminating the air.

We forget how vital a natural source air is. If we seriously think that we are responsible for causing disturbances which reduce the quality of the air we breathe, then we must do something and take corrective measures immediately.

After all, our happiness, health and well-being depend upon it. The problem of pollution can be solved and environmental degradation can be stopped.

You, I and we sincerely and honestly have to implement the laws and regulations framed by the government.

If we want to lead a happy, healthy and disease-free life and want that the future generations should also enjoy the beauty of nature, we must act and, we must act now.