Essay on Agriculture and its Importance 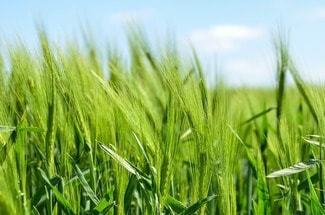 Apart from hunting and food gathering, agriculture (or farming) has been the primary occasion for all humankind ever since their inception. The term agriculture can be defined by scientists as the science of, or practice of, farming- including cultivation of the soil for growing crops.

At times, it includes rearing of animals as well (animal husbandry) for poultry, providing help with agriculture, and providing other goods like wool, meat, etc. In India, especially, agriculture holds a major place in ensuring the prosperity of the nation, and in improving its overall economy.

Approximately one third of our economy is based on agriculture, and therefore our nation shall try to improve the agricultural sector and the lives of our farmers with every passing year.

Every crop is unique, and different from all the other crops, and therefore, each crop needs certain specific conditions to grow and to survive. Firstly, crops can be broadly categorized into Rabi crops and Kharif crops. This categorization happens on the basis of the climate they thrive in, and are sowed and harvested, accordingly.

The first category- Rabi crops- are sown in winter and harvested in the following spring; and the second category- kharif crops- are treated the other way around. Some examples of these categories of crops would be wheat, mustard, and gram (Rabi crops); and rice (or any other variant of paddy), maize and millet (kharif crops). Rabi crops are also sometimes referred to as the winter crops, and kharif crops are often knows to be the monsoon crops.

Although not widely acknowledged in India or south-eastern Asia, there is also a third prominent variety crops known as the Zaid crops, and there is a different season which is reserved for the cultivation of such crops, called the Zaid crop season.

This season refers to the period between the period for Rabi cultivation and kharif cultivation, which is roughly between the months of March and June. The Zaid variety is not very distinct or clear cut, but comprises roughly of some pulses, etc.

The conditions essential for cultivation are obviously the climate, rainfall, soil type, irrigation facilities available, machinery, manual labour, pesticides and fertilisers, government facilities like loans, and some other.

India thrives in agricultural practices, and is the largest producer of numerous crops, fruits, vegetables, and dairy products all over the world. For instance, India is the second highest producer and exporter of the two major staple food crops consumed in almost all parts of the world- rice and wheat.

Both these crops find wide cultivation in India- rice in the Gangetic valley and the southern states (West Bengal, Tamil Nadu, Andhra Pradesh, etc.), as well as in the foothills of the Himalayas (through the practice of terrace farming); and wheat mostly in the northern and western states of India (Punjab, Haryana, Maharashtra, etc.).

Crops are needed in India for both subsistence and export. Subsistence agriculture is a practice where the farmer cultivates the crops only for the purpose of consumption by him and his family. In this system, no excess is produced, and this system is purely aimed towards survival, since the most ancient days.

On the other hand, when excess is produced, it is referred to as commercial farming or agriculture- this is where the farmer, besides saving themselves enough produce for consumption, sells the excess crop in the market to make profit. A large-scale practice of the same kind results in the exports produced by a nation overall.

Most of the cultivation in India is of the subsistence variety. This is caused due to the stark rural urban divide among the farmers of our country, and the lack of awareness regarding proper ways and methods to practice the same.

Faulty agriculture practices and ways to overcome them

Jhooming or shift and burn agriculture is a major source of degradation of the soil quality in many fertile parts of our country. In this practice, crops are cultivated in one part of the area available for cultivation, and a few years later, after the fertility of that portion of the soil is properly and completely exhausted; the vegetation is burned and left to regain fertility on its own.

In the meantime, the farmers move on to a new portion of the land to carry on with cultivation. This way, they move from place to place, literally ‘slashing and burning’. This practice was mostly prevalent among various tribes in India, and can be still seen in the present-day areas of Chhattisgarh and Madhya Pradesh.

This system is heavily detrimental because this destroys the fertility of land and lets it renew the same without any artificial support, and it is practically impossible for any piece of fertile land to recover itself over and over every 3-4 years.

This way, through primitive methods, lands are used up during one generation of farmers and no sustainable development occurs, which in turn diminishes the area of fertile land available to the next generation. As this area constantly declines, the subsequent generations are left with little or no scope of expansion due to a lack of education.

This can be overcome by better methods such as crop rotation, or monocrop cultivation. In crop rotations, the same portion of land is used to cultivate different varieties of crops during different parts of the year (and thus, rotating the crops).

In between these cultivation periods, certain leguminous crops such as pulses are cultivated in the same year as they require less effort to maintain, and they naturally fix the nitrogen levels present in the soil.

After one point of time, one cannot solely rely on natural processes to replenish the fertility and maintain a good quality of soil. This is where the artificial methods come into use.

These methods include mechanisation; utilisation of pesticides, insecticides, and fertilisers; use of HYV (high yielding variety) seeds, and other government interventions such as the green revolution which came into practice during the late twentieth century in the northern states of India, and brought across a great improvement.

However, the use of pesticides and fertilisers can be really harmful as well. They cause harm to plants and kill certain insects and other forms of life resting amongst the vegetations. Moreover, the increasing use of such artificial techniques to incur monetary profit is causing a rising application of them on the crops.

Human consumption of such elements is not really good for the human digestion system, and can cause certain long-term diseases in us. Therefore, one should always be extremely cautious while treating plants with such chemicals.

Agriculture has never stopped to be important in the Indian context, and is the current period, it is all the more important to look into the matter of how can agriculture be improved in environment friendly ways, so that no harm is caused to the cultivation capacities of the present as well as the future generations- which is supposed to be sustainable development indeed.

However, a greater focus in this sector which help in the country’s economy as well as the prosperity of human resources. Therefore, we can only hope that in the coming days, the government policies target educating more farmers and thus improving the condition of Indian agriculture in general.