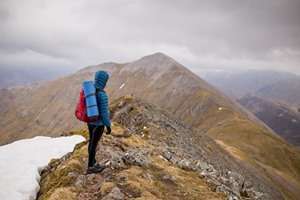 Adventure is an exciting and unusual experience which is generally accompanied with some element of risk or danger. Our life will become boring and monotonous if we do not encounter adventurous events or incidences at regular intervals.

Therefore, every human being willfully chooses to take risks while taking vital decisions. Even in our professional lives anyone who has the guts to take calculated risk, will surely achieve greater success as compared to the one who would choose an easy way out.

The greatest inventions and discoveries in the history of mankind were made by men who decided to embark on uncharted path. The discovery of America by Columbus in the year 1492 was result of one of the most adventurous voyages undertaken by man.

Similarly the invention of aircraft by Wright Brothers in the year 1901 materialized after numerous failures. One can imagine the risk of flying like a bird in the air without wings and the thrill involved.

The landing of space astronaut Neil Armstrong on Moon in the year 1969 and scaling of Mount Everest by Edmund Hillary in 1953 are also some of the milestones in the history of man’s adventurous spirit.

It is this spirit of adventure which motivates man to explore the seas/oceans, soar into the outer space and study the cosmos. The greatest mysteries of nature have been unraveled / solved by the men of adventure.

The training of a soldier in the Armed Forces is classical example where the spirit of adventure is inculcated among them by exposing them to tough and difficult training schedule. When faced with danger a soldier is supposed to fight it out bravely with courage and fearlessness even when the death is staring in the face.

That is the reason why our brave soldiers are able to fight the enemy at the highest battle field of the world like Sachin under hostile weather conditions. One  can imagine  the courage of a fighter pilot who flies the most advanced jet aircraft at double the  speed of sound and while doing so he has to take split second decision.

Similarly the life of a sailor is full of adventure when he sails across the oceans braving rough seas and adverse weather conditions.

The schools and colleges must plan their curriculum in such a manner that the students learn to face the challenges of life in a bold manner. Apart from academics   all schools should organised adventure activities on regular basis. These activities include adventure camps, river rafting, mountaineering, trekking, Para-sailing, and Para-gliding, rappelling etc.

By participating in such activities the young minds learn qualities of head and heart like presence of mind, quick decision making, boldness, physical toughening, risk taking, fearlessness, and determination. All these qualities are ingredients of spirit of adventure.

This spirit of adventure prepares the students to face any challenge of life with grit and determination. Adventure activities also teach us to work as a team. When faced with tough situation, we learn to get together, co-operate, and help one another with an aim to achieve the goal collectively.

National Cadet Corps is one such option available to all students at school and college level.  NCC cadets participate in variety of adventure activities during the course of training. The cadets are trained by personnel drawn from the armed forces to be tough and disciplined.

Apart from participating in Republic Day parade every year, these cadets display their adventure skills during Prime Ministers rally at army parade ground at Delhi. They simulate mock battle scenario and even do daring slithering operations.

Micro light flying and Para gliding is part of their training. Such training on adventure activities is also imparted in Sainik Schools and Military Schools of our country.

We should willfully strive to nurture the spirit of adventure in our life so that our life becomes exciting experience.