Abraham Lincoln was the 16th president of United States.  He was not only the president but had also in his degree of profession the experience of being a lawyer and a politician.

He served United States during the civil wars. It was a very tough and challenging time to show his potential and leadership quality.

It was also regarded as the deadliest war United States had ever witnessed. There was a sense of moral degradation and extreme political crisis. He was a man of indomitable courage and enthusiasm.

During his tenure of president ship, amidst the civil war, he managed to achieve several things for the country.  He protected the Union and made several reforms which include the abolition of slavery.

The federal government got strengthened and there was modernization of economy.

Abraham Lincoln was born in Hodgenville, Kentucky and was brought up in the western frontier of Kentucky and Indiana. He was the man who was self -educated and completed his lawyer studies.

He became lawyer in Illinois. He was in the Whig party and later on was elected in the Illinois House of Representatives.

His aim was to promote the growth of modernization of economy. He was against the Mexican-American war.

He took break from serving the United States House of Representatives and went back to Illinois to continue his practice of lawyer.

Though he received less support from south but he manage to sweep north and became the president in 1860. 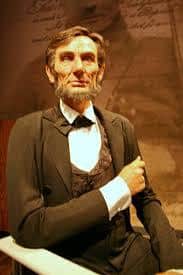 He was born on February 12, 1809. His parents were Thomas Lincoln and Nancy Hanks Lincoln. Abraham Lincoln was their second child.

He was of nine years when his mother died of milk sickness and later his father Thomas Lincoln married a widow named Sarah bush Johnston.

She was from Elizabeth town and had three children of her own. Abraham Lincoln had a very tough time during his childhood.

He was very much attached to his step mother but later on he became very distraught because of his sister Sarah’s death. His sister died while giving birth to a child on 20th January, 1828.

Abraham Lincoln did not like the hard labor. He had a habit of writing, reading, writing poetry and things like this and I was because of this habit of wiring and scribbling he was considered to be lazy y his family members and neighbors. Everybody took his to a person who always avoided manual labor. He was up to a very large extent a self-educated person.

He got trained though several teachers but the period of learning was less than even a year. Even his stepmother believed that he wanted to be away from the physical labor and was very much devoted into reading habit.

During his youth, it is said that he used to read a lot and had even re-read several books such as King James Bible, The Pilgrims Progress, Autobiography of Franklin and much more.

For his age he was tall and not only tall but also strong and athletic. He took part in a wrestling match and fought with the leader of a group of ruffians who were popularly known as the Clary’s grove boys.

He managed to defeat him with his sheer strength and earned the reputation of brawn and audacity. Moving on to his relationships, he had very unfortunate.

He first met with Ann Rutledge in New Salem and found some kind of connection with her, but unfortunately she died before anything could have been done at the mere age of 22 probably due to typhoid fever.

The other girl that came to his life did not last for long and finally met with Mary Todd and got married to her. He was the father of four children. 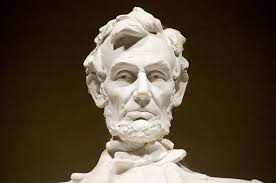 Before he got elected, he also worked in Illinois militia as a captain during the Black Hawk War.

He was a very strong person and could easily intimidate his rival. There is an anecdote about Abraham Lincoln which is about his first speech.

It was the time when he was delivering his first speech and meanwhile the delivery of speech he saw a rival attacking his supporter.

He caught hold of his neck and threw him out. This shows his immense power and fearlessness. He was very hardworking and determined.

He was very passionate individual and had a great affinity towards reading. He even worked as a postmaster in New Salem and also as a county surveyor.

After that he decided to pursue the studies of lawyer and taught himself with the help of law books like Blackstone’s commentaries on the laws of England.

Regarding his studies it is very prominently said that Abraham Lincoln was a self -made man, he studied with nobody.  He started his second campaign in the year 1834 and it was a successful one.

He was always against the slavery and also the Kansas Nebraska Act and finally he broke his silence on October 16, 1854 and opposed it.

In Peoria speech he stated his views and protested strongly against slavery. Finally he led to the formation of new Republican Party which had a sole aim and motif of anti- slavery.

In his new party he combined the anti-slavery portion of Whig party and the liberty, free soil and Democratic Party members who were against the slavery.

Taking into consideration the struggles of his life starting from the very beginning of his childhood, it clearly implies that he was a self- made man.

Whatever achievements he made it was all the result of his sheer hard work and determined spirit.

He faced problems in every phase of his life, be in the childhood where he lost his mother at the mere age of 9, then when he got several failures in his relationships and then in his studies where he studied on his own and became the lawyer and finally was elected as the 16th president of United States.